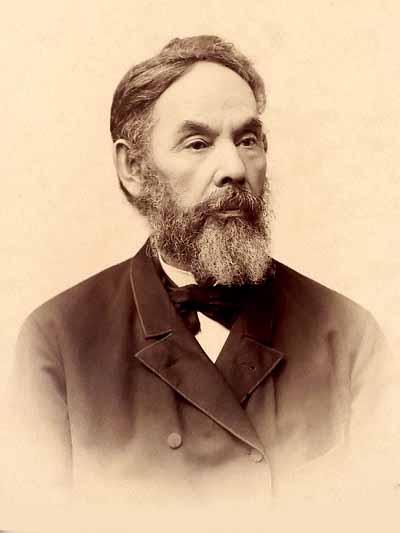 Bearer of light of humanity

There were certainly in 19th century many prominent political leaders, writers, artists, etc. All of them made an invaluable contribution to the development of mankind – so significant contribution that we remember them, read about the lives of these people and devote them numerous publications. But today let’s enquire with one person who did not make passionate speeches publicly, did not write poems and left behind no masterful paintings.

It is about a man who became a model of humanity and devotion to the great idea of ​​humanism. Vladislav Frankovsky was born in 1819, in the county of Mozyr (now the Republic of Belarus), in a noble family. From an early age, he learned that the world is full of misery and suffering. V. Frankovsky lost his parents very early, and this, according to the biographer M. Svetukhin, became “a grain from which deep sympathy for suffering and misery of his neighbors grew, which became the leading idea of ​​his life.” Frankovsky matriculated the Vilno Medical and Surgical Academy, from which he then moved to Kharkiv University, where he became a student at government expense of the Faculty of Medicine on Universytetska Street 16 (graduated in 1840).

There actually began the story of his unusual humanity and altruism. While still a student, Frankovsky tried to spend all his spare time on the treatment of poor Kharkiv residents who were in a plight. 50 of 74 years of his life Frankovsky devoted to the treatment of patients. At the same time, he did not distinguish his patients after their religious beliefs or social status, and he stayed devoted to them until the end of his life. This prominent doctor had always shown himself as an unbeatable fighter for the equality of needy people with others. That is why he later was called “True Friend of Mankind” (these words belong to Professor V.G. Glashkevich). And in what exactly this attitude was reflected, let’s consider below.

The life course of Frankovsky constantly led him in various fields of the medical profession. For example, ordinary work as a coordinator of a therapeutic clinic (localization is being specified) made him an idol among students, for he was a student not so long ago, too. Frankovsky, wholeheartedly, donated annually 60 rubles poor students to buy medicines what increased his popularity among them. The beneficial activity of this doctor echoed many years later. Indeed, to the 50th anniversary of Frankovsky’s activities in St. Petersburg, a “Charitable organization for former Students of the Kharkiv University” was created, which in this way honored him for all the goodness he had carried through the years.

Frankovsky never neglected hard work. In 1845, when the scurvy epidemic occurred in Kharkiv, the government department that administrated peasants quickly opened a temporary hospital where there were no staff and provisions to care for patients. The Authorities appealed to Vladislav and he agreed to take care of all who became victims of a terrible illness. Apparently it was at that time that he gained great fame. After all, all those who were under Frankivsky’s care recovered, although overall mortality from this disease was then very high. When the cholera epidemic (1847-1848) swept through Kharkiv, he served as a rural paramedic and even a personal carer in two hospitals, where the greatest problems were with the placement of patients and the most critical need for staff. Even after the patients were dismissed from hospital, he gave them free medicines for prevention purposes and of course at his own expense.

During the Crimean War (1854-1855) Frankovsky worked in a local hospital. There he could not legally adhere to his principle of equality of all human lives. After all, according to the current law, best medicines could not be used for all victims of hostilities, they were in store for officers. But the great “master of humanity” managed to get around these laws. Working with officers and soldiers, he secretly distributed medicine among all of them, adhering to his credo about the non-allowability of breaking people down into categories of worthy and unworthy. After these events Vladislav realized that the medical problem in the city should be solved in general. And that is why he went to the local council and stated the need to create a unified sanitary service in Kharkiv. This project was proposed in 1872, but it succeeded only in 1878, and the main role in it played Frankovsky. In the same year, he succeeded in implementing another interesting initiative. Actually, at that time, the local council agreed to open a children’s hospital in the city (at first for 20, and then – for 40 beds) on Dvorianska Street 11, now Chygyryn Street 13. At first, all organizational issues were solved by Frankovsky personally. He invested a significant part of his capital in this hospital, bought all the necessary equipment, and even donated his own furniture for the children’s wards. According to the selfless work of this person who did not see obstacles to the salvation of each and every one, the local council approved the permanent status of the hospital (it became known as Kropotkin Hospital), and financed it at government expense. V. Frankovsky provided a personal outpatient reception at the hospital, which became more popular than the medical institution. Then people liked to say: “There is no person left in Kharkiv who is not treated at Vladislav Andreevich.”

Though his merits to Kharkiv were huge, a conflict with local authorities broke out anyway. For example, when Roman Catholic Charity organization was opened on his initiative, he argued against proposed status of this organization, which stated that only foreigners could receive help there. In endless disputes, he has achieved admission for treatment of all local residents, and authorities pledged to finance it.

This person without doubt changed the very meaning of humanism. From now on, it no longer had borders, did not bypass the poor, hopelessly sick, homeless, eventually all who needed help. But everything in this world has its end. In 1895, at the 74th year of his life, V. Frankovsky died. In order to eternize memory of this prominent doctor and public figure, the city authorities opened and named after him a shelter at the Kharkiv city hospital. There incurably-ill patients of any faith, nationality or social status could dwell. The funds were collected thanks to the local philanthropist M.H. Gelferich. He singled out premises, and followers of Frankovsky organized in it literary evenings, lectures, and lotteries of artistic paintings (for this purpose, such well-known artists as Aivazovsky, Repin, Myasoyedov, Savitsky and others donated their works).

It remained only to open a shelter, but the local authorities at the last moment put forward a strict requirement – only residents of the city could reckon upon shelter in this institution. But this requirement contradicted the fundamental idea of ​​Frankovsky about equality and universal humanism. In such circumstances, followers of the great doctor could not accept a compromise and the idea of ​​the shelter remained unfulfilled.

In 1894, the local authorities approved the renaming of Bakhmeyevsky Lane (here in the house Nr. 2 in 1878-1895 lived V. Frankovsky) and Ryzhovska Naberezhna  (Embankment) into Frankovska Street, trying to preserve the memory of an ordinary Pole forever, who, although at the level of one city, changed the world.