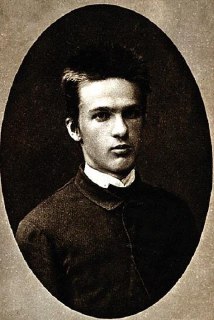 “There is no independent Poland without independent Ukraine, as there is no independent Ukraine without independent Poland!” This is the famous statement by Marshal Jozef Pilsudski. It seems to be quite clear; there is nothing extraordinary in it. An outstanding Polish figure, who is considered a part of the golden triad of the greatest names of history of the 20th century in modern Poland. He saw two neighboring states free and fraternal. But is it so? Let’s try to open the Pandora’s chest and find out who the “Commandant” was, what his relation was to Ukraine, from where the Ukrainian trail of Marshal stretches, and can the residents of our city be proud of “Kharkiv” Pilsudski? Why do people in Kharkiv mount memorial plates in his honor and in Vinnytsya citizens demand from the city authorities to remove his bas-relief from the street?

When historians try to portray the life of the city, they must take into account the various components of its ethno-cultural mosaic, each of which left its imprint on it. In the case of Kharkiv, such a role was played, in particular, by the Poles who were during the 19th and 20th centuries a significant factor in local economic, cultural and scientific life etc. One of the prominent representatives of this people, whose fate was connected with Kharkiv, is Jozef Pilsudski. The Kharkiv period of his biography: a study at the University’s medical faculty, conspiracy activities, participation in demonstrations, arrest and exile – undoubtedly contributed a lot to the cultivation and the formation of Marshal’s personality. The importance of the Ukrainian (and in particular the Kharkiv) stages in the life path of J. Pilsudsky naturally awakens the question “How did he appear here and where to look for his origins?”

Jozef Clemens Pilsudski was born on the 5th of December, 1867 in a family estate Zulov 60 km from Vilno (now Vilnius). His parents were polonized noblemen of modest means, and their estate was falling ever more into a plight. Josef was the fourth child in this large family and the second boy (there were altogether 12 children). His mother had a significant influence on the upbringing and characterization of Jozef (including his patriotic feelings and Polish identity). But in 1884 she died, and this misfortune became a significant shock for the young man.

Already after one year – in 1885 – before the seventeen-year-old boy, eternal question appeared – the question of choosing a profession. It was possible to stay in Vilno and try to help his father in some way to save the waning estate. But for this he had to possess administrative abilities and to eliminate the father from business. And it was impossible; besides, Pilsudski, Jr. did not show any interest in agriculture. At the same time, his father wanted Jozef, like his elder brother Bronislaw, to go to St. Petersburg and enroll one of the technical institutes. After all, he was gifted in mathematics. An engineer’s job was prestigious and well-paid in a developing country where industry was in priority. But the future Marshal had interest neither in the capital of the empire, nor in technical education.

He decided on a medical faculty of the Kharkiv Imperial University. It is here that the Ukrainian trace of an outstanding Polish figure began. As he himself admitted later, this decision was made not because of the desire to help the sick and the suffering, but in defiance of his father. Some researchers believe1 that a certain influence on the choice of a provincial university was made due calculated considerations: life in Kharkiv was significantly cheaper than in the capital. But one can also assume that other factors played an important role in this situation as well. Jozef did not like the huge St. Petersburg, this megapolis and his beloved Vilno were two completely different cities. Not for nothing Pilsudski decided to move from Kharkov to Dorpat (Tartu) after the first course of studying, but not to the metropolitan university.

Despite the lack of good knowledge of Russian language2, Josef studied in Kharkiv successfully and passed all exams and end-of-term tests. Pilsudski obviously did not belong to the number of students whose lives were centered only around the studying. The interest in social activity, which had revealed in the gymnasium, did not go away in Kharkiv. Josef took part in an unauthorized student demonstration on the occasion of the 25th anniversary of the abolition of serfage in Russia. For this, together with nineteen other detained participants of the demonstration, he was sentenced to six days in jail and warned that, in case of any new fault, he would be immediately expelled from the university. This was his second arrest during his studies in Kharkiv; the first, for a period of two days, occurred in the winter semester of 1885/86 academic year.

During the holidays that he spent with his family in Vilno, Pilsudski decided to transfer from Kharkiv to the University of Dorpat. Why? The true reasons for his decision are unknown. Perhaps Josef wanted to study closer to his much-loved Vilno. Perhaps, as Polish biographers3 say, the main role was played by the fact that more Poles studied at the University of Dorpat, it was considered more prestigious, the academic staff was more liberal, and Dorpat was eventually not so “provincial” as Kharkiv. However, the latter statement can hardly be considered fair, since Dorpat was a small university town with a mainly German population, and Kharkiv was a rapidly growing provincial city and a central corn market with the steadily progressing industry.

At the same time, lectures at the University of Dorpat were mostly taught in German, which Pilsudski then knew badly. One can also assume that he was already in crosshairs of the university authorities and did not really believe that with his temperament, he would never go wrong during four years in Kharkiv. But this is only logical constructions and speculations.

In August 1886, Pilsudski sent a letter to the rector of the Kharkiv Imperial University asking him to send his documents to Dorpat and awaited an invitation to continue his studies, but not in Kharkiv. The academic year began, but there were still no tidings. The reasons for delaying the decision on the transfer are unknown. One can assume that this could happen due to the “guilts” of Pilsudski in Kharkiv. All the same, the decision was delayed. Pilsudski in his turn did not sit idly. In December 1886, he tried to “find a loophole” and finally solve the problem. At that time he thought also about going to study somewhere else abroad.

But whatever it was, in words of Bulgakov “Anushka has already spilled oil” or otherwise – everything was already predestinated. The fate has made its adjustments, and the Kharkov period had become the turning point in the life of “Commandant”, as a result of which the very nature of it changed. After the above-mentioned events, he became one of the active participants in the conspiracy of “People’s Will” and the organization of an attempted assassination of the Russian Tsar Alexander III. But being young, he was adjudged as a witness and was “deported” for five years in eastern Siberia: Kirensk, then Tunka, Baikal and Irkutsk regions.

And then … The decades of the national liberation movement and revolutionary actions and sabotage, participation in the First World War, the revival of independent Poland, the appointment of “the interim leader of the state”, the organization of the takeover (or coup d’état) and many more related to the biography of this outstanding person. All these rubs and worries of life and situations in which Pilsudski was involved made adjustments in the formation of his personal qualities. We cannot now say with certainty that one of these life circumstances affected him better than the other. However, we can accurately follow up that at each stage of life (including in Kharkov) it was some new Pilsudski.