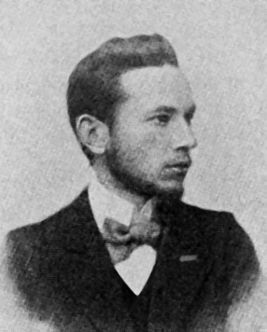 This one of the most successful Polish poets of the 20thcentury, a well-known play writer and a translator was born in a large family of Czech origin. Leopold, like his father Frantisek, was the third of nine children, and therefore often acted as an “authority figure” for his brothers and sisters. Apparently, from the very childhood, he became a thoughtful and mature person; the great influence on the extraordinary future of the outstanding poet was made by his motherLeopoldina, who was a German and a daughter of a smith from Kamenitza. It was she who brought German traditionsinto the family. Although the family was lowborn (neither father nor mother were of noble descent), it was large and multicultural, and therefore ideal for the birth of talent.

Before the birth of Leopold, the Family of Staff tried to start off. In 1870 the head of the family decided to move to Lviv, where they set up a confectionery production. Due to the fact that the father had become a representative of the company “Czech Conversation”, the family metits first successes and establishednecessary contacts and, as a result, wassoonpolonized.

The childhood of the future poet was marked by the birth of an idea of endless optimism and positive within him, which he later implanted in his works. Only after analyzing Leopold’s childhood, one can understand that an infinite energy and a search for himself played the most important role in the formation of the future maker. In 1889, father sent Leopold to the Lviv gymnasium named after Francis Jozef, but aftera year he transferred to another school (gymnasium No. 5), in which he got a complete secondary education, studying Latin and Greek. After graduating from the gymnasium (in 1896), Leopold Staff was interested in studying medicine, but this did not last long. Already in 1897, on the advice of his father, he began to study law at Lviv University, and during the next 2 years was improving his knowledge in this domain, undergoing parallel training at one of the experienced Lviv lawyers. But his true point of attraction wasa literary “club”, which regularly held its meetings in the university reading hall. Here Leopold met people who became his friends. Under the influence of a new place where he found his true identity, Leopold decided to abandon the studying of law and moved to the faculty of Romance philology, while attending lectures on philosophy and Slavic studies.

During the meetings in this circle, the latest Polish and, more generally, European, new and old, literary works were discussed. In 1898, Leopold debuted as a poet introducing his bright poems written usually in a positive and humorous style (“From a brief-case of adecadent”, “On the Purple Roof of My Soul”). Staff also ran his own lectures called “Przybyszewski”, where he tried himself as a speaker and even a critic, giving in his speeches an evaluationof the contemporary literature. Due to the fact that his speeches distinguished themselves among all others, primarily through existence of literary evaluation program of contemporary writers, he got the opportunity to be published in academic periodicals. For the first time, it happened in 1900 when his first poems found their way into the magazine “Teka” (ie. “Brief-case”, or “Academic Brief-case”). In the walls of Lviv University, Leopolds’s first poetic collection was published, entitled “Dreams of Power”. This collection became a guideline for his work. In it, Staff counterposed tothe “neo-Polish” poetry of that time, its pessimism and the ideas of dependence on the circumstances his optimistic and energetic will to live with a touch of “ambitions” a la Nietzsche.

In 1901 he began, as he then wrote, a “true life.” Leopold Staff’s character of those young years is like the always-on-going, inexhaustible young man. Indeed, Leopold was almost outdoors, every spring he spent in Italy, often in France, and in the summer of 1903 he arrived in Kyiv. All this time the young poet was in a process of writing. His unique idea of finding an “Eternal golden springtime”, land, city or town, where – as he dreamed – there would no doubts, human grief and darkness, gave rise to new poetry collections based on this dream: “The Day of the Soul” (1903) and “To the Birds of the Heavens” (1905).

In 1908, in the work of Leopold Staff, significant changes took place. He began considering himself a representative of neoclassicism. But here, too, Staff showed himself as aflamboyant character. After all, in his neoclassical poetry, he on the one hand focused on classical high forms of poetry (especially idylls and Renaissance sonnets), and on the other hand provided a simple and rational explanation of the world. And such anentwinement of views became something special.

The following years, Leopold improved himself as well as his views on poetry and the world in general. Staff began to work at the translations of works of Epicurus, Petronius, to study ancient Chinese poetry and works of Goethe. On the ground of this, he enriched his unique style with new elements, used allusions to the ancient and biblical topics,eternal questions about moral values appeared in his writings. These ideas are present in the poetry collections of the early 20thcentury such as “Smiles of hours” (1910) and “In the Shadow of a Sword” (1911). The final chord of the “Lviv creative period” of the poet was the collection “A Swan and a Harp” (1914). It can be called the last truly positivist work of Staff, in which he in a gentle and open manner popularized Polish literature and tried to present to society the best and most vivid part of it. Thanks to these works, Leopold Staff is considered one of the most prominent poets of the so-called “Young Poland”. His works are so diverse that one can feel a touchof Classicism andNeo-Classicism and Franciscan motifs. This eclecticism was associated with Staff’s aspiration to achieve success in the dramatic art. And here, as you have already guessed, he uncovered his other, completely different side. Topics of plays by Staff differ significantly from his poetic orientation. And first of all it is a question of the proportion of real and unreal. In this case, realism dominatedwhat is expressed in such tragedies as “Treasure” (1904), “Godiva” (1906), etc.

At the beginning of the First World War, Staff emigrated to Kharkiv togetherwith a retreating Russian army. Here he settled in the residence of the family of Mieczyslawand LudwikaTreterov/Tretyakov (Kupetzkiy Spusk (Merchants’ Descent) 4, now Soborniy Spusk (Cathedral Descent)). Staff played an active role in the life of KharkivPolonia, which had sharply grown as a result of the influx of refugees, and directed a literary-artistic part of a “Polish House” in Kharkov (ProviantskyLane 11, now Marianenko Lane). Here he also tried by himself to publish a periodical publication that would tell Kharkiv about the Polish literature. Leopold Staff was the promoter of Polish literature and poetry, who understood that success could be achieved only by one’s own efforts and devotion to the cause. Therefore, at the end of 1915, he began to read a course of lectures on this topic. They were becoming more and more popular, collecting many local residents who could appreciate the work of Staff and became sincerely interested in Polish literature.

Already after the establishmentof Soviet power in Kharkov (1917), Staff published a collection “Rainbow of tears and blood”, and in 1919 – upon returning to Poland – another collection “Field walkways”. The first of them became – as the poet pointed out – “the response, impression” to the events of those days, and above all to the war and the horror that it had brought. In this collection, Staff feels sorrowfor his native land and depicts the catastrophic consequences of the war. In “Field walkways” Staff abandoned in effect the old “Young-Poles”, modern style of writing and returned to aesthetics of eternity, to the beauty of everyday life.

With the restoration of Poland’s independence, Staff took part in the organization of the literary life of the Second Polish Republic, edited a magazine, worked as an editor of the Pantheon Library, which published translations of works of prominent poets of the past into Polish. His new collections “Shell that Makes Noise” (1921) and “The Eye of a Needle” (1927) appeared at that time. They were more personal. Say, in the second collection was reflected the rueful feelings of the poet after the death of his adoptive daughter, a serious illness of his wife, and the death of old friends.

The transformation of poet’s views continued thereafter. In the 1930s, new collections appeared to be the peak of creation– “High Trees” (1932) and “Color of Honey” (1936). In these works, Staff returned to the concept of infinity and continued to develop the idea of aesthetics of everyday life, adding his own experiences and views of the world and nature. An additional color to his works is given by a satirical form of writing directed against philistines, their lifestyle and role in society.

Leopold Staff spent his last years in Warsaw. The period of German occupation was embodied in the depressing atmosphere of the collection “Dead Weather” (1946). In the after-war years, works of this outstanding master gained general acknowledgment. In 1949, the oldest university in Poland, the JagiellonianUniversity granted him the title of Doctor, in 1951 Staff got the national award, and in 1955 – the Order of the Banner of Work. The last collections of the poet – “Willow Branches” and “Nine Muses” –were published after his death, in 1958. But they left a deep imprint in the hearts of all the readers and admirers of the prominent poet, they became the final chord of his heavy and at the same time unique life journey.